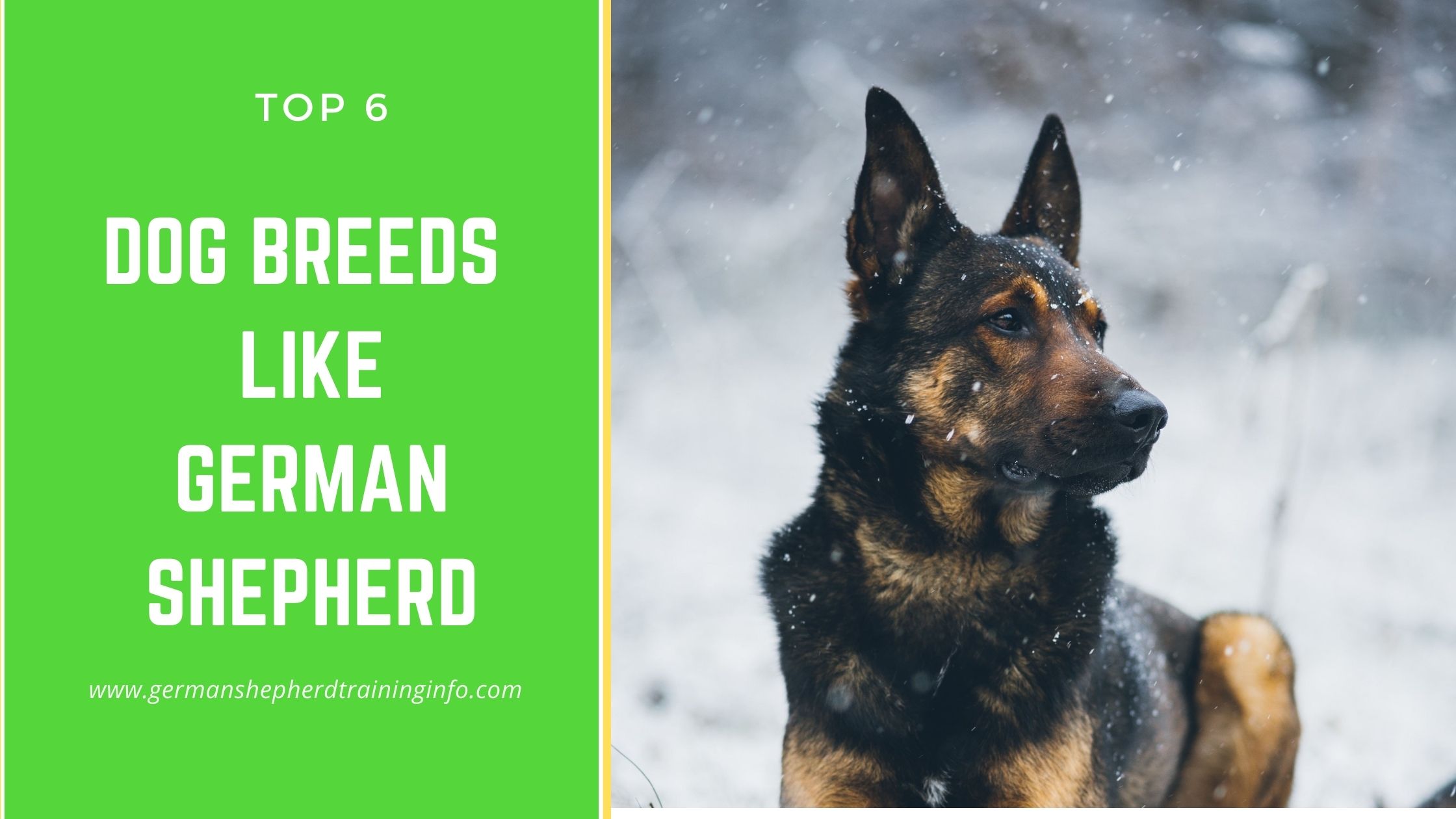 Sit down and make a list of all dogs’ species you know. What happened? Couldn’t write more than 10 species names? If guessed correctly, you might have written German Shepherd, Boxer, Pomeranian, and Pug. Now, here is an eye-opening fact. According to  American Kennel Club, about 197 species of dogs native to various parts of the world are registered to date. Startling, isn’t it?

You will be further taken aback when you realize that the dog you have been assuming to be a German Shepherd for years is not actually one. Yes, it is true.

There are a few dog species that look just the spitting image of GSD at a glance. It takes an eye of a dog fanatic to differentiate these species from GSD. Read on to know about these counterparts of GSD from various parts of the world, that look like cousins to your furry angel.

It is one of the dogs mistaken most times for a German Shepherd. However, both look pretty similar in appearance but have no direct connection as such. Belgian Malinois is a tad bigger breed than GSD.

Temperament-wise, it is not such a child- or family-friendly as GSD is. This Belgian Shepherd dog’s aggression needs to be controlled, and they need extra training to mix up in the family environment.

They may live a year longer than the GSD.

Tip to recognize: White and black patches near chest on Belgian Shepherd; it is not a typical GSD trait.

Bohemian Shepherd is found primarily in black and tan color. GSD may have other color variations like black-black and silver grey and red, apart from black and tan.

Both are fiercely protective of their humans and family. Bohemian, however, may not display separation anxiety of the same level as GSD.

A tip to differentiate: If your dog is not displaying a high tendency to nip, chew or bite things or a low chasing tendency, you have a Bohemian Shepherd with looks similar to GSD. Also, Bohemian Shepherd shed less than GSD.

King Shepherd is a cross-breed. The GSD was cross-bred with Shiloh Shepherd by the breeders to achieve better health and additional inches in height, and that is how King Shepherd came into existence. A guarding dog has to look intimidating and should have an extra protective streak. It seems to be the reason to breed King Shepherd when a fierce watchdog was needed to appoint for premises’ and herd’s protection.

You may find King Shepherd to surpass a couple of inches in height than a GSD. Also, it will show more aggression towards strangers or whenever it senses danger. So, you may need to train a King Shepherd more in advance if you want to have him for apartment living.

READ :   German shepherd vs. Great Dane: The General’s dog and the Gentle Giant.

A helpful tip: The King Shepherd male may go up to 29 inches at the shoulder against GSD that may not go beyond 24 inches.

Masked face, Black, and tan marks at places are some of the striking similarities that Tervuren holds with their German sidekicks. These dogs do give a very tough competition to GSDs in looks.

However, a fawn and mahogany coat can become a tell-all feature of Tervuren and may save you from picking the wrong puppy.

This dog is known for being more delicate in demeanor and is the 14th smartest dog breed against GSD, which is more intelligent than Teruvens.

A tip to tell the difference: Teruvens always have coats darker at the head, and white patches can be a glaring difference too.

If you ever fantasized your German Shepherd is all black, you can find Shiloh Shepherd as the answer. However, the whitish patches near the chest and legs may cause a slight disappointment. These patches mainly tell Shiloh apart from its German compadre.

Shiloh may live a year longer than German Shepherds. This breed has never wired look mane like that of GSD, but the long and rough feature is their usual style.

A quick tip to recognize: A Shiloh may tower a few cms above a Germans Shepherd. This species looks bigger and is more aggressive too. Its more wolfish appearance makes it different from GSD in looks.

Dutch Shepherd is closer in appearance to German Shepherds than Belgian Shepherds.

This breed needs closer inspection of the fur to find the hiding difference. Its mane is a more wooly undercoat in contrast with GSDs that have straight, rough fur.

You may find GSDs taking decisions of chasing or attacking intruders without a nudge sometimes; but, Dutch Shepherd shows docile nature and wait for a command. Hence, dutch shepherds are easier to train than GSDs.

Healthwise, these are better than German Shepherds.

Both Dutch and German Shepherds do well with kids. They are dutiful watchdogs and love being around their family. Their wariness towards strangers is quite distinct and requires behavioral correction at times.

A striking feature: Wedge-shaped head of the Dutch Shepherd offers an easy identification feature. However, it will take years of training to tell them apart if observed at a glance and from a distance.