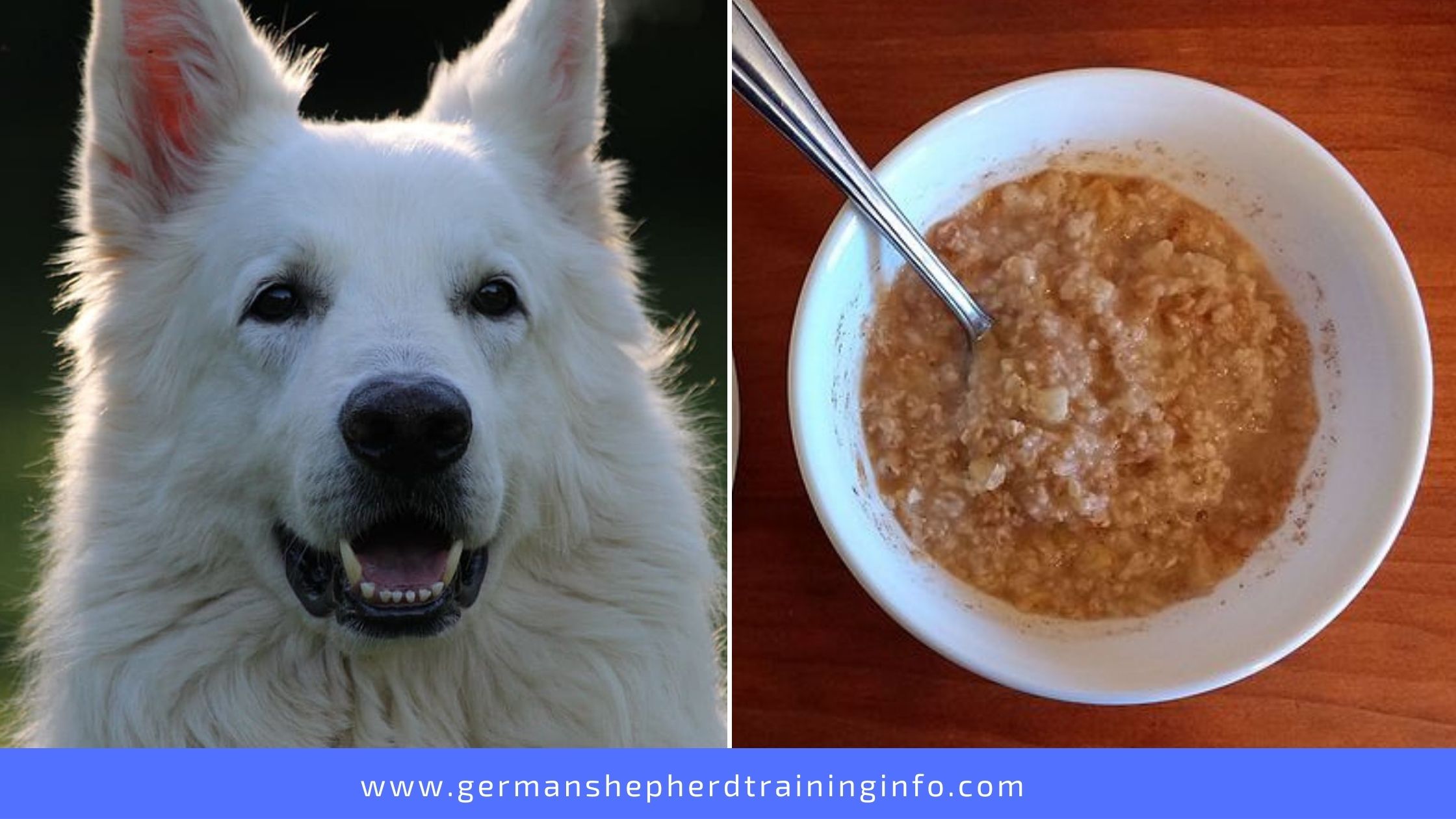 We all love a power-packed and healthy meal for our dogs. A healthy meal for dogs is one that is full of nutrients, vitamins, fiber, and whatnot! When we talk about a healthy meal, Oatmeal definitely comes into our minds. But another question that would hit your brain is can my dog eat Oatmeal? Is it safe for a dog to consume Oatmeal just like humans? If yes, most of us also think of combining it with some natural flavors like brown sugar and cinnamon. So, the question arises, can dogs eat Oatmeal with brown sugar and cinnamon?

Let’s look at some factors and conclude if this super meal is a good option for a dog’s meal or not!

Oatmeal for dogs – Can and should dog consume it?

Oatmeal is a versatile breakfast option, which is consumed by a lot of humans. But, should we give everything that we eat to our furry members? While talking about Oats, the answer is a big YES! Oats can be easily fed to dogs. All you have to do is take a few precautions while doing so.

There are tons of things to love about oatmeal. We, Humans, love it! And there is a huge chance that your four-legged member will love it too! As much as it has great food value, as it is packed with nutrients, minerals, and antioxidants, all dog owners must remember that just because it is a staple for you, it cannot be a staple meal for your dog.

There is no denial that Oatmeal is great for dogs, but only when served in limited quantities and once in a while. Overfeeding dogs with carbohydrates and fibre can upset their stomach. According to American Kennel Club, one tablespoon of cooked oatmeal for every 20 pounds of the weight of the dog is the right quantity of oatmeal that should be given to your dogs.

READ :   Can Dogs Eat Salmon Patties? Is This Yummy Treat Worth The Risk?

Consuming too much oatmeal can lead to diarrhea, vomiting, and even bloating; all three of them can be even life-threatening at times. Hence, one should definitely indulge in feeding their dogs oatmeal, but only once or twice a day in the week, and that too, in superfine quantities.

Another thing that should be kept in mind is that dogs should not be given Oatmeal which has artificial flavors. Oatmeal with artificial flavors might be very tasty but, at the same time, are extremely bad for the health of your dog. These ingredients contain excessive sugar and even have artificial sweeteners, such as xylitol, which is toxic for dogs.

Feeding your dog an Oatmeal, Cinnamon, And Brown Sugar Mix – Healthy Or Not?

We have established that Oatmeal is super healthy for dogs, provided it is given in limited quantities and not more than once or twice a week. While feeding your dog flavored Oatmeal is a big NO-NO, can you top it off with some brown sugar and cinnamon for that extra punch of taste?

To understand this, let’s find out if both of these ingredients are good for dogs.

We already know that white sugar is completely off the list when it comes to our furry little member, but brown sugar, too, is not a really healthy option. In fact, it is as harmful as white sugar itself for dogs. It’s true that there are a few minor benefits of consuming brown sugar, but let’s just say that they are close to being negligible.

Therefore, brown sugar should be completely struck off from the oatmeal breakfast of your dog, until absolutely important, as this can make your dog sick and develop a lot of cavities in their teeth. The biggest problem with sugars is that dogs become addicted to them, and that is where it starts becoming a problem. Hence, oatmeal should not be given brown sugar.

READ :   Can Dogs Eat Apple Sauce With Cinnamon? Is there a Green signal for the red?

Original cinnamon powder, derived from the bark of the cinnamon tree, is often found in biscuits and treats which are prepared for dogs, but is this ingredient safe for dogs?

The answer to this is both Yes and No. If given in moderate quantities, cinnamon is perfectly okay for dogs. However, if given a spoonful, it can lead to severe damage to various organs of the dog. Therefore, if a pinch of cinnamon is added to the oatmeal once in a while, it makes no difference. But if given in more quantities, it can harm your dog in many ways.

However, one more factor to consider is that to see if your dog is allergic to cinnamon. Whenever you give it cinnamon for the first time, notice if its body is developing any rashes, etc.

How can oatmeal be beneficial for your dog?

Now that we have established that oatmeal can be served to dogs as a meal option moderately, without brown sugar, but with very little cinnamon, let’s find out how beneficial oatmeal is for your dog.

Oatmeal is great for dogs. It can be given as a full-fledged meal and can be made into cookies and other snack options that can be given to dogs once in a while. If you are planning to feed your dog some oatmeal, always make sure it is cooked well. Oatmeal, being all fiber and carbohydrate, is a great source of roughage that will regulate the bowel movements of your dog. However, if not cooked well, it will become extremely difficult for your pup or dog to digest it, making its health conditions worse.

Uncooked oatmeal might upset their stomach or cause some of the other digestive issues. Hence, always make sure that the oatmeal you are serving your dog is well-cooked.

In a nutshell, raw oats should be kept far-far away from your four-legged furry friends if you wish to see them happy and healthy!

Oatmeal is a great meal option for dogs, as they are rich in food value. However, before serving them some oatmeal, always remember:

By now, you must have gathered that oatmeal is surely a great option for dogs. However, brown sugar is not. Hence, to answer the question – can dogs eat oatmeal with brown sugar and cinnamon? The simple verdict would be, serving them plain oats would be the best option. However, if you want, just add a pinch of cinnamon and nothing more than that. Brown sugar should be kept far away, as it is not a great option for your dog.