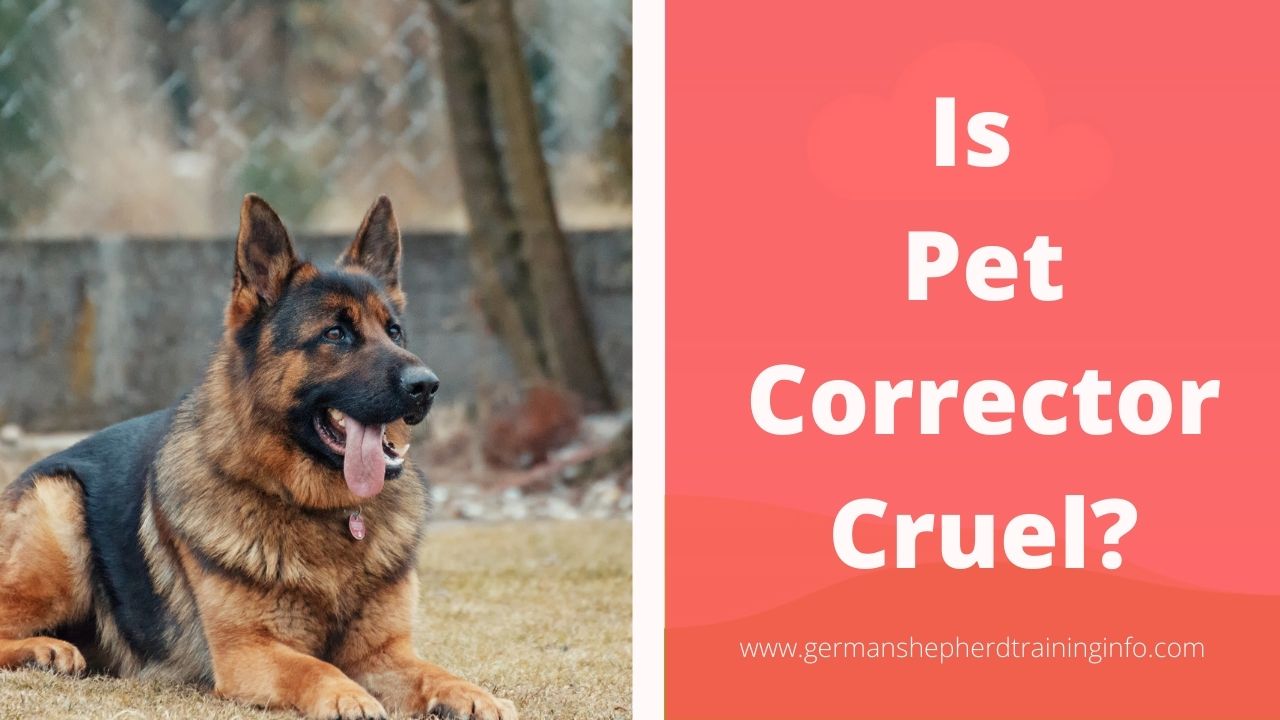 When you bring a German Shepherd home, she needs to adjust to your home surroundings. She is expected to follow the rules of the home too. Using a pet corrector, but only to boast of your authority over the dog is certainly cruel. A pet corrector has a very different role, actually. What it is, let’s find out.

Training is one of the ways using which the owners season their dogs to their requirements. But, is training a dog really easy? Well, that depends upon the type and temperament of the breed. Thankfully, a German Shepherd looks forward to training and learning new things; still, a dog is a dog. They may show their wild side out of instinct or as a natural response. Therefore, owners require to use various tools to bend the dog’s mind to absorb and follow training instructions and in learning good behavior. A pet corrector is helpful in doing all this when used correctly.

Let’s explore pet corrector as a training tool and learn all about its advantages, drawbacks, etc.

What is a pet corrector for a German Shepherd?

Pet corrector is a punishment-based aid that the owners employ to train the dog to fit their surroundings. It is nothing but a spray that trainers use on a dog to interrupt any of his unacceptable behavior like jumping or pouncing, or barking too loud.

German Shepherds, or for that matter any dog breed, is a wild animal by nature. They may show some wildness in their behavior as their natural reaction, which may not be suitable for a civilized atmosphere. The pet corrector comes into the picture when the dog has done something exceptionally unacceptable. Using the corrector, the pet owner or trainer makes the dog aware of his annoying demeanor and puts a stop to it too. With regular use, the dog, only by its sight, reminds himself of the consequence of going awry in behavior. As a result, the owners can teach to behave their dogs as per the requirements of the dwellings.

Advantages of using a pet corrector

A pet corrector is a safer alternative as compared to other training aids. In fact, it falls somewhere in between something very punishing to very rewarding motivational aid used for training the dog.

Since it works by emitting a hissing sound of abrupt nature, accompanied by aerosol (in some variants), it helps disrupt the bad behavior of the dog without hurting him too much.

However, pet corrector is not a singular aid. It has to be used in conjugation with other modes of motivating the dog such as punishment or reward. It does the job of enhancing the effect of warning the dog against bad behavior like stealing food or scaring someone by chasing.

Many pet owners complain that their dogs do not show any sign of scare when the corrector is used. So, what is the point of using it? Yes, though rare, it is not a completely avoidable issue. That is why, it is suggested for use in combination. The other shortcomings reported are:

Some useful tips for using pet corrector on German Shepherd

Only a punish-based approach withers the confidence of your child, and your dog is no different. So, have more of rewards-based training and instructing in your mind than considering the pet corrector as a shortcut. Its use can turn out to be temporary to sometimes with no effect if you do not apply the strategy while using the pet corrector.